Find out if one of your ancestors was a recipient of the Legion of Honor.
PEOPLE

It includes all the recipients, whether they were rewarded for bravery during the many wars of the nineteenth century, for outstanding service to the power in place, whatever the regime, following a long career, for an invention or a meritorious civil action. 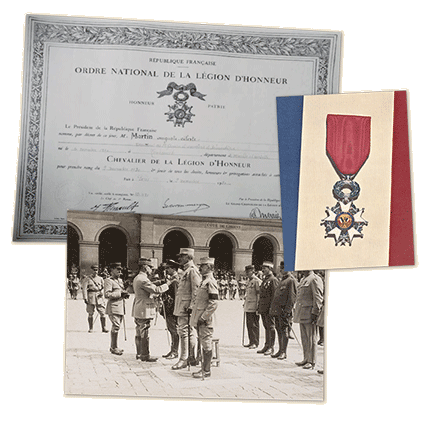