Your ancestor is from the North ? Find it in departmental censuses.
IMAGES

The department of the North is at the beginning of the twentieth century - industrial revolution obliges - a particularly populated department. To the natives who are active in its mines or its factories are added the "emigrants of the interior", native French of the neighboring or sometimes distant departments (like the annexed departments of Alsace-Moselle) finding in the North a job and a residence. And foreign immigration (Belgians, Italians, Poles ...) comes to overcome the lack of low-cost native labor.

To count the population, France counts its inhabitants every five years, the years ending in 1 and in 6. All the people living in a city are enumerated, individually and by household. Including foreigners or French born in another department. They make it possible to establish a "photograph" of the home - and not only of the nuclear family - at the exact moment.

They help to discover, for example, all siblings or cousins, grandmothers living at the home of their children or grandchildren. For the North, the 1906 census counts 433,000 households and more than 1,642,000 people. 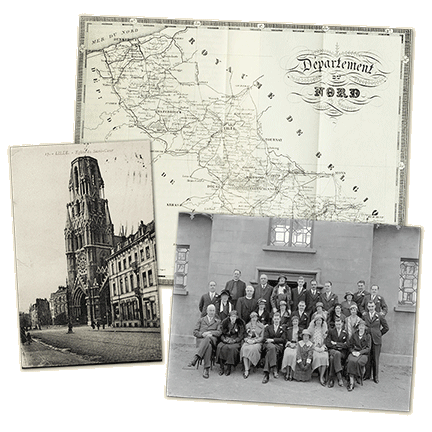