Your ancestor is from the Côtes du Nord ? Find it in departmental censuses.
IMAGES

By department and cities, then by household, these individual nominative counts make it possible to follow the demographic evolution of the country throughout the century. They make it possible to establish a "" photograph "" of the focus - and not only of the nuclear family - at the exact moment. 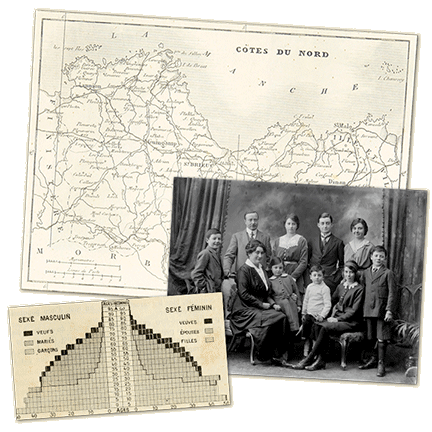