Your ancestor lived during the Ancien Régime ? Find out if he did the honors of the Bastille.
PEOPLE

A lettre de cachet is, under the Old Regime, an order of the king allowing the incarceration without judgment of persons risking to splash the power. Secret and fast it's preferred to public trial. It concerns first of all charges of undermining the security of the kingdom. From Louis XIV are added the affairs affecting the public order. Under Louis XV, they become pre-filled forms more necessarily signed by the king but always by a secretary of state.

Letters concerning people are written by the ministerial services, for example to commute other sentences, to lock up a demented person, a drunkard, a libertine. The lettre de cachet is most often taken at the request and expense of families (nobles or commoners) to imprison one of them, avoid the misalliance of a son in love or get rid of a troublesome heir. In front of the normalization of the claims by the families, the king tries to avoid abuses and false accusations and makes proceed to investigations.

By the Breteuil circular list of 1784 Louis XVI limits the length of detention asked by families. It ends up abolishing the lettres de cachet in June 1789. Most often, for an indefinite period, those who are subjects of a lettre de cachet ar sent to the Bastille. 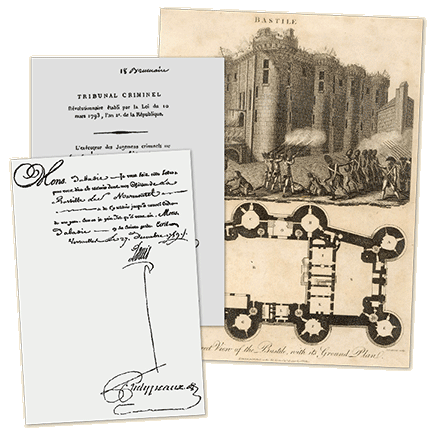