Under the Ancien Régime, the nobility represented the political elite of the country. If one is generally noble by birth, one can also become one by fulfilling the "tax of the blood", that is to say by serving the king militarily and possibly being hurt and killed. The service of arms is the first service due to the king by the nobility.

Very early, his boys are trained to become fighters who, at the raising of the ban and backbenchers, will have to provide the king with contigents of soldiers. While the absolute monarchy is set up, they will receive honors and decorations. But the families guard preciously the feats of arms and the memory of those who died in the field of honor, for their king and for France.

The monarchy disappeared in the torments of the Revolution, it is to Jean-Francois d'Hozier, last representative of the genealogical family of the king, that families turn to compile his feats of arms. This scholar will use the extraordinary archival holdings of his ancestors genealogists to write his book The Tax of Blood, which today allows to preserve the memory of these valiant soldier of the nobility. 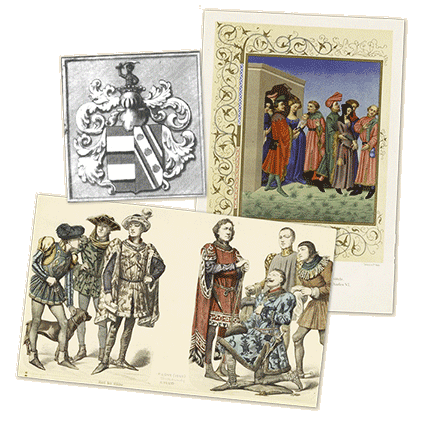