Soldiers of the Great War

Soldiers of the Great War

Your ancestor was call to serve in 14-18 ? Trace his course.
PEOPLE

The Army records all the actions of the regiments, day by day, in registers called regimental histories. During the First World War, all the military actions, namely the movements, the exploits of the soldiers, are scrupulously detailed.

At the end of the conflict, these registers were transmitted to the Ministry of War. (This information, collected in Guestbooks, was published by the Army), by cities and departments or by institutions such as Grandes Ecoles. These are lists of well-deserved soldiers of the Nation, because of their brave or heroic behavior..

The initial project of establishing a national guestbook listing all the dead of the First World War unfortunately did not happen. 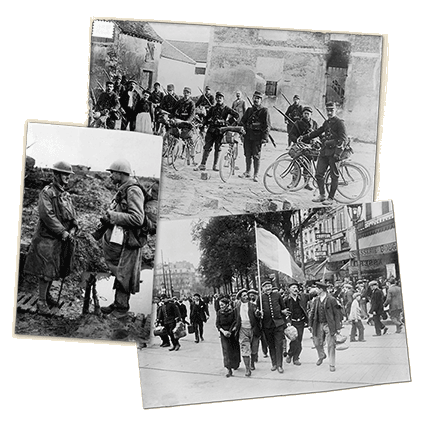