Officers killed or wounded at the front

Officers killed or wounded at the front

France is throughout the nineteenth century a warrior country. After the First Empire, which carries the war in Europe almost without interruption, it is especially during the wars of colonial conquest (in Algeria, in Africa, in Indochina ...) or defense of the French interests (in Spain, in Syria, in Lebanon, Crimea, Mexico ...) that the French Army stands out. Not to mention the blitzkrieg of 1870, which saw the fall of the Second Empire and the amputation of part of the national territory.

Officers and NCOs, often on the frontline, are the first victims of these conflicts. It is all the families of France who are affected.

Indeed, since the French Revolution, any citizen, according to his merits, can become a non-commissioned officer or an officer, after an adequate training. A son of an aristocrat or a worker or a peasant can become a graduate. In total, nearly 60 000 of our ancestors died or were injured in the field of honor, in the service of the Motherland. 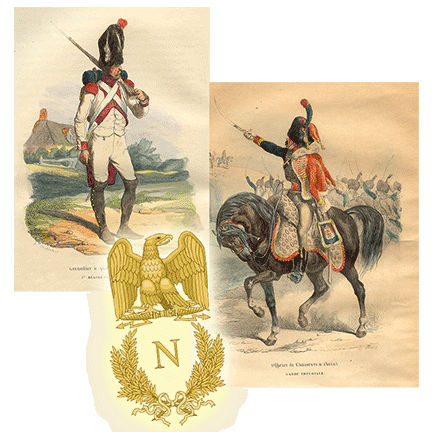