Your ancestor was a reserve officer in the Entre-Deux-Guerres ? Discover it now.
PEOPLE

In France, the military reserve appears after the Franco-German war of 1870. It is intended to replace the National Guard, institution with civil status created by La Fayette in 1790.

The military reserve is made up of citizens called Reservists, trained as soldiers to reinforce the armed forces active on the national territory or in external operations. They are part-time soldiers who specialize in a specific field.

In times of peace or reinforcement in a situation of conflict, the reserve intervenes either for particular actions or punctual operations, or throughout the year to fulfill professional functions complementary to the armed forces. 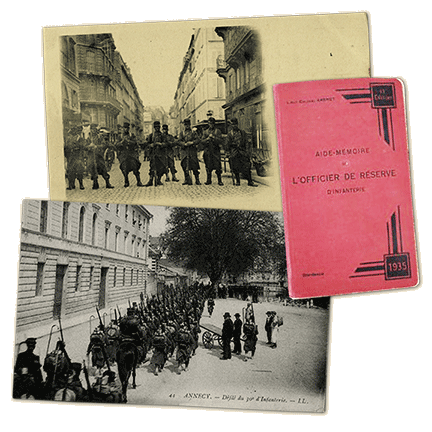