French censuses in the United States

French censuses in the United States

One of your distant cousins ​​migrated across the Atlantic ? Find it in the federal censuses.
PEOPLE

From the beginning of the 19th century, following the example of the political exiles of the Revolution, many French people migrate, temporarily or permanently, to the USA. They join French populations already settled in the space of the immense Louisiana or emigrants of Canada, itself formerly French.

The different regimes (the Restoration, the Second Republic, the Empire) will also create their share of political exiles. But the United States is also moving quickly into the industrial revolution. Companies need skilled or low-cost employees. The specialized craftsmen thus cross the Atlantic, for a time, or making come their family or finding wife, remain in the United States. Other French finally stay there only temporarily, as traders.

From the census of 1850, the country of birth of the person is required by the enumerators. Thus one can know and follow the evolution of the French population in the United States in the censuses of 1850, 1860, 1870 and 1930. 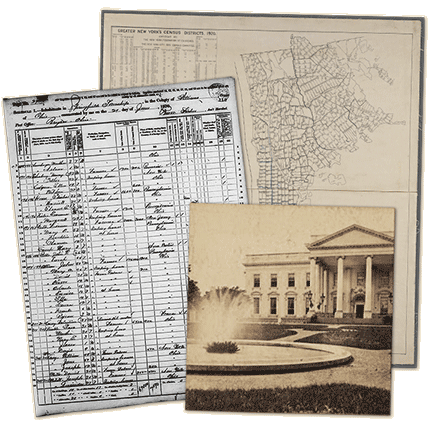