Consult the births, marriages and deaths of Europeans living in Algeria between 1830 and 1904.

The so-called European civil status was kept by the French authorities present in Algeria from the arrival of the first settlers in 1830 and until the independence of Algeria in 1962. In 1848, Algeria, officially annexed, becomes a French department divided into three provinces: Algiers, Oran, Constantine which will be until 1955 the three departments of Algeria.

The birth, marriage and death certificates that were registered only concerned Europeans living in Algeria (mainly French, Italian and Spanish). When Algeria gained independence , the registers remained in Algeria.

Between 1967 and 1972, the Ministry of Foreign Affairs undertook, with the agreement of the Algerian State, to microfilm two-thirds of the microfilms remaining in Algeria. Certain municipalities cannot therefore be consulted, in whole or in part.

These microfilms have been fully digitized and are preserved and distributed by the National Archives of Overseas . In 2003, a patronymic indexing of the digitized images was carried out on the initiative of the Ministry of Culture.

Digitization and nominal index of more than 1.4 million civil status documents for Europeans living in Algeria between 1830 and 1904. 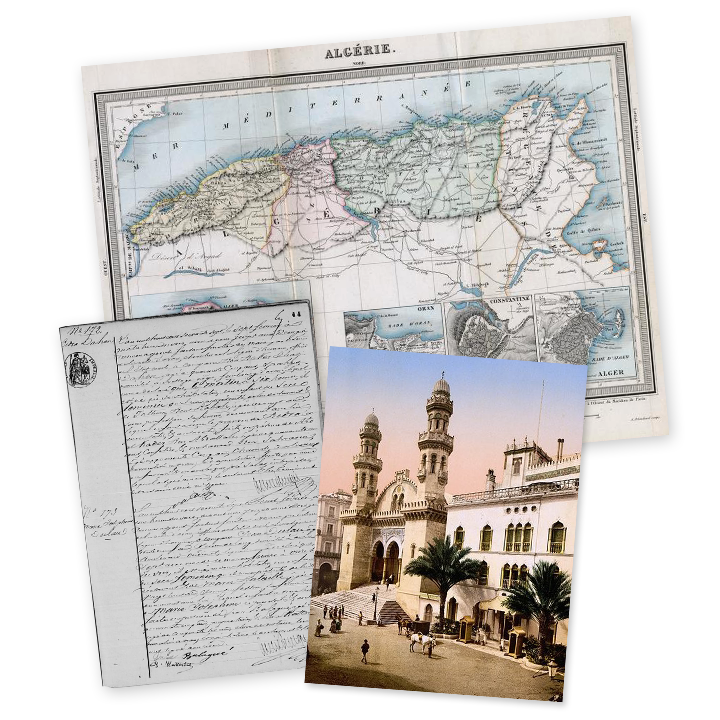