Sentenced to death during the Revolution

Sentenced to death during the Revolution

Your ancestor was a victim of the French Revolution ? Find out if he was guillotined.
PEOPLE

Nominative compilation of persons hanged, guillotined, shot, strafed or drowned during the revolution

Between July 14, 1789 and 6 Prairial year V (May 25, 1797), successive governments have the aim of transforming society as it was under the Ancien Régime.

They must purge the population of all the elements that remind or regret too much the ancient kings. The external war (the whole of Europe has united against the revolution) and the internal war (in Vendée, in Brittany, in other French regions) makes this purification more than necessary for the leaders. It will be implacable, targeting all French, nobles or commoners, craftsmen, workers, soldiers, men or women, sometimes very young.

If the Revolution seeks to delude itself by perpetuating the appearance of a judicial institution, it is in fact very often the expeditious arbitrariness that reigns: all means are good to remove those who are considered treacherous to the Nation. This way, if the guillotine is the most used means to put to death, it's not the only one : in Nantes, the revolutionaries drown the rebellious Vendée peasants..

Nominative compilation of persons hanged, guillotined, shot, strafed or drowned during the revolution 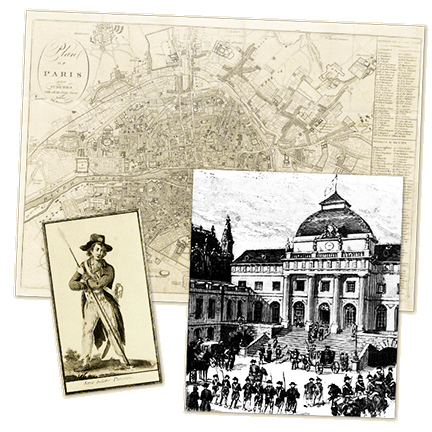